The May 18 Democratic Uprising Memorial

Well not all of our posts can be so light-hearted and full of my boundless wit :), but we did want to share with you all some photos of our visit to the May 18th Memorial in Gwangju. The event that killed 154 civilians and wounded over 4000 more was a pivital date in Korean history. Below is a brief summary of the event with pictures of our visit.

The most tragic and disgraceful incident in modern Korean history took place in Gwangju in May 1980. During the uprising many citizens of Gwangju were killed by soldiers. It started with the December 12, 1979 coup by Chun Doo-hwan’s military junta who occupied the Chonnam Provincial Hall with armed forces sent to Gwangju by the Martial Law Enforcement Headquarters. After the assassination of President Park Chung-hee, a group of politically minded soldiers undertook Operation Chungjung (Operation True Heart) to quell the uprising in Gwangju.

Subdued by brutal repression, the May 18 Democratic Uprising bore testimony to the immorality of the regime of the 5th Republic, a continuation of the autocratic Yushin Rule. It was a military dictatorship that unlawfully usurped power by force. The May 18 people’s armed uprising was an act of self-defense against the violence used by an illegitimate authority.

Today it is acknowledged and recognized as an active demonstration of the civil society’s right to resist. The spirit and ideals of May 18 are a noble heritage entrusted to us, to be elevated and celebrated. It is our responsibility to keep this history alive as a lesson for all humankind. 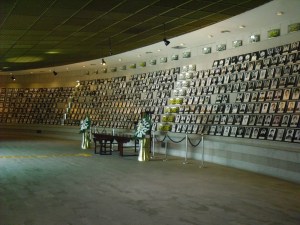 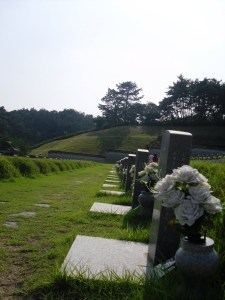 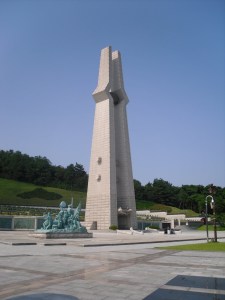 The memorial serves as a reminder to all Koreans and the rest of the world that injustice and dictatorship will never again return to this country thanks to the strength and courage of the people in Gwangju on May 18th, 1980.