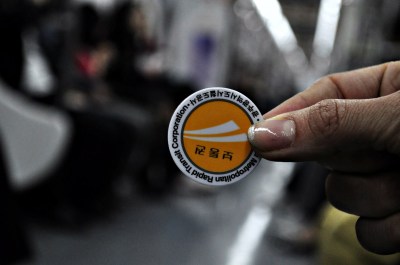 This weekend we rode the Subway for the first time since moving here last year. There is only one subway line that runs East to West through the city and doesn’t really touch Bongsun-dong where we live. We went below downtown to the underground shopping area which is filled with tons of sparkly tacky Ajumma clothing and shoes and below that…is the subway. 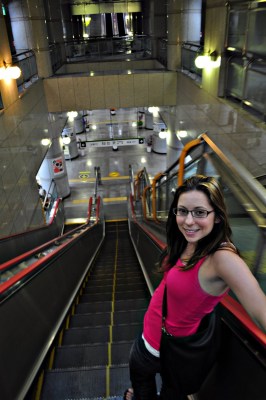 The subway is spotless and quite empty. It cost just the same to ride the public bus as it does to ride the subway. 1,000 W or about 90 cents. We rode it to a place called Songjeong Park hoping to sit in a park, have some coffee and relax. When we got off the subway, there was no park to be seen. So we walked around town and took the subway back home. 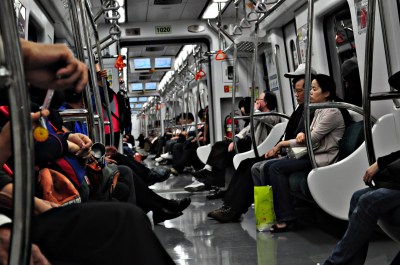 The subway train was only about 6 cars long with no dividing door. I kind of felt like I was in a movie watching the cars behind us swerve back and forth through the tunnels underground. There was an overhead announcement in each stop that said, You have reached….station, get off here… I found it a bit funny.
The subway was great, if only it was more useful to us and circled more of this big city. You can read more about the subway here. 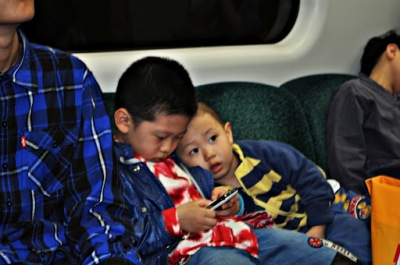