This whole living abroad deal really involves a lot of task management…subsequently, Nicole and I have devised a plan to keep up on the task of blogging by alternating our stories. This is a challenge for me however as I juggle using a squatter without injury and walking on the left….both extremely difficult for me to master and two very viable causes for my ultimate demise. But anyways, onto our first day trip..Tokyo!

The thought of visiting Tokyo has been a goal of mine ever since I can remember and so while Nicole struggled to peel her eyelids open….I stood at full attention…ready to go…and then got up out of my seat….too soon? Well, I was pretty excited. 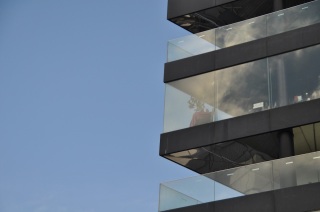 The thought of the neons blasting and the images of exotic cars zooming down the pristine city streets was enough for me any day…and now that day was here. 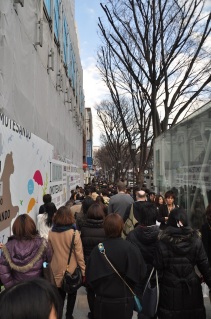 The train ride in was a pretty straight shot and at only 30 minutes was really pretty nice and easy. We arrived at Shibuya a little after noon and were immediately greeted with the cities enormity and mass crowds. If Hong Kong is as overcrowded as they say compared to Tokyo, then my god it really can only be described as a huge inadvertent orgy. My first taste of the crowds was at the famous multi-directional crosswalk in Shibuya that was a nice platform for a panic attack but once you realize that there is no right or wrong way…you just close your eyes…and walk 😉

Walking our way to Harajuku we stumbled upon an anti nuclear power rally which was cool to see until we heard the speaker shout Hiroshima which made me feel a lil weird….so we quietly slipped out. 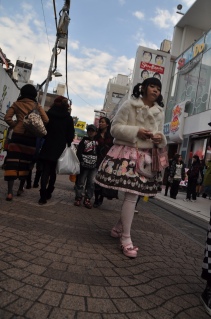 Harajuku….known for its fashion prowess was quite a scene. Hoards of people wearing a combination of things that might be sacrilegious in some places but made to look somewhat reasonable strolled through the narrow shopping district that included everything and anything the diva boy, girl, or dog could want. If I had my hand on the trigger I could have snapped a shot of a Dachshund wearing little sunglasses (and liking it) as he strutted in his little jacket next to his owner.

Naturally, I had found my graceland. 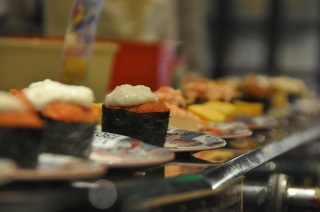 No daytrip in Japan is complete without some conveyor belt Sushi so we hit a spot that Nicole had visited about 5 years back. 12 plates later and pleasantly stuffed….
Trolling through the streets of Tokyo is quite mesmerizing. There is a ton to look at and whats better…..we saw about 1/100th of it in 5 hours of walking. So there will be more lights…more cars….and yes, more stockings. I’m going to bed because tomorrow someones going to pay me to teach their children…..bewahahahahaaaaa!!!

Thanks for reading!
adam 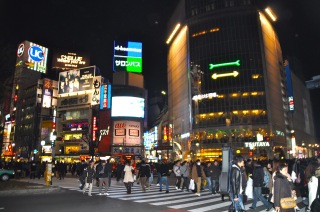 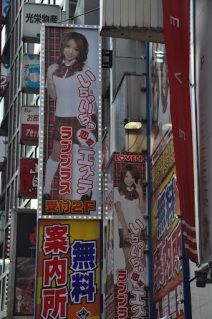